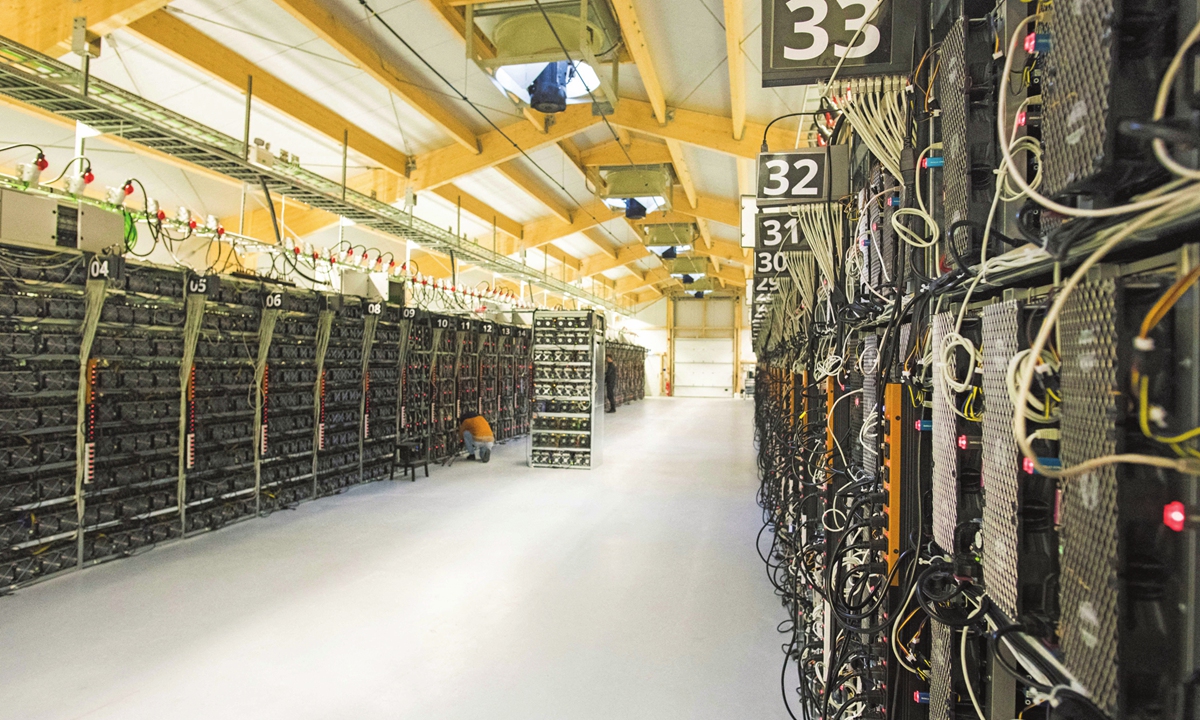 Mining rigs of a super computer are pictured inside the bitcoin factory ‘Genesis Farming’ near Reykjavik, on March 16, 2018. – At the heart of Iceland’s breathtaking lava fields stands one of the world’s largest bitcoin factories at a secret location rich in renewable energy which runs the computers creating the virtual currency. (Photo by Halldor KOLBEINS / AFP)

After a nationwide crackdown on cryptocurrency mining, many Bitcoin mines in Sichuan Province in Southwest China were shut down as of Sunday.

This ban means that over 90% of China’s Bitcoin mining capacities will be shut down. It is also expected that regulators in China’s southwest and north regions will take similar harsh measures.

Industry players had hoped regulators in Sichuan where hydropower is abundant would take a more relaxed approach. However, the latest ban demonstrates that Chinese regulators are determined to limit speculative crypto trading in order to control financial risk, even though there have been some benefits for local economies.

“The exit window is closing and we’re scrambling for overseas mines to put our mining devices,” a Sichuan-based industry insider told the Global Times on Sunday. He also said that many miners had suffered large losses.

It also directed local electricity companies to stop providing power to crypto mining sites they had detected. They were also required to conduct self-inspection, rectification and report their findings by Friday. It also prohibited local authorities from appraising new mining projects.

We had hoped Sichuan would be exempted from the clampdown because there is an electricity shortage in Sichuan during the rainy season. However, Chinese regulators now have a uniform approach that would overhaul and reinvigorate the booming Bitcoin mining sector in China. Shentu Qingchun is the CEO of Shenzhen’s blockchain company BankLedger.

Media reports have revealed that Chinese-backed Bitcoin mining pools such as Huobi Pool and Binance, which are backed by Chinese companies, experienced a 20% to 40% plunge in real-time hash rates over the past 24 hours.

All three regions in Northwest China have announced restrictions on Bitcoin mining.

“This means that over 90 percent of Bitcoin mining power or one-third the global crypto network’s processing power will be suspended in the near term. Shentu stated that this will force Chinese miners to form alliances to migrate to other countries, such as Russia and North America.

He said that while the price of mining equipment could drop in the short-term as more crypto miners dump their processing equipment, the market’s willingness to absorb the excess supply would remain low. This would also “hammer” upstream supplies.

Wang Peng, an assistant professor in the Gaoling School of Artificial Intelligence of the Renmin University of China told the Global Times that Sunday’s Chinese move was in line with global financial regulators tightening scrutiny of digital currency trading to prevent illegal activities like money laundering and systemic financial risks.

Senior Chinese officials stated in May that it was necessary to crackdown on Bitcoin mining and trade, and to prevent individual risks from being transmitted to the wider community.